For Barrow County
School Board

Tara has called Georgia home for over four decades. Now, she’s fighting to make Hoschton and the surrounding communities in Barrow County an even better place to raise a family by running for Barrow County School Board.

Tara was born in Massachusetts where she lived until age 10. Her family relocated to Roswell, GA in 1980. She graduated from Roswell High School in 1987, then attended Boston University, where she earned a bachelor’s degree in Marketing in 1991.

After college, Tara returned to the Atlanta area where she was accepted into the management training program at The Home Depot. Over the next 11 years she excelled in a variety of management roles across the greater Atlanta area. It was during this time that she met her husband of 19 years, Geoff.

In 2002, Tara accepted a District Manager position with Circuit City Stores Inc, where she oversaw multiple retail locations across the U.S.. In 2006, she pursued her entrepreneurial vision by launching Faux Maison, a multi-tiered decorative design concept that proved successful for more than five years. Since 2011, Tara has expanded her career horizons (yet again) as a senior website project manager and client consultant for Digital Design Solutions.

For all the professional success Tara enjoyed through the years, she took on her most challenging and rewarding role in 2014: motherhood. The birth of their son, Brennan, ushered in a new era for Tara and Geoff, allowing both to experience a depth of love the two never imagined possible.

Eight years later, the self-professed “mama bear fighting for what she believes in” stands at another pivotal moment in time, campaigning on a message that’s simple yet profound: Education should be simple: Do what’s best for the children and always put their needs first.

Please join us with your support and your vote on May 24th, for Tara Jones Barrow County School Board Seat 7 At Large! 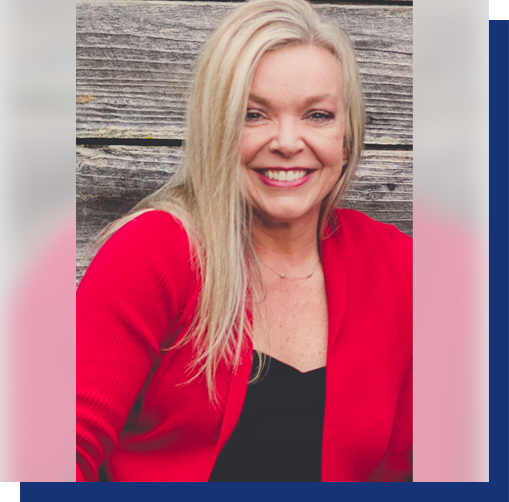 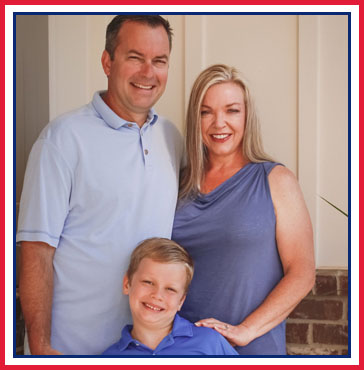 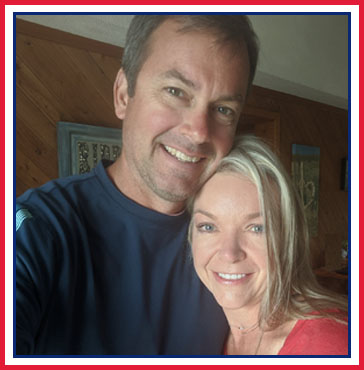 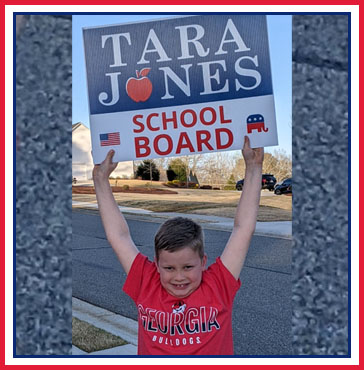 For Barrow County
School Board